Lessons from BBC News: Tips for succeeding at video job interviews from home

The current health crisis has led to many interviews and meetings being moved onto video platforms such as Google Hangouts, Skype and Zoom. The ease of access to the technology, coupled with the need for social distancing, means that they are not only easy to set up, but also a great alternative to meeting face-to-face.

Whilst this method of communicating is perfect in these challenging times, much can go wrong in a video call so preparation is key to your success. We look at some of the most famous funny clips from BBC News, a television channel that has been broadcasting interviews for 23 years, just to demonstrate how your best laid plans can go wrong if you aren’t perfectly prepared.

BBC News’ interview with Professor Robert Kelly about South Korea made headlines around the world when his daughter decided to gate-crash the conversation, closely followed by his nine-month old son. While he managed to successfully complete the interview, it was hard to concentrate on the subject discussed once the hilarious interruptions finished.

When in a video job interview from your home, there may be many unexpected interruptions. From the sudden appearance of toddlers to doorbells ringing to the banging of builders next door, plenty can distract from the conversation at hand.

While there would hopefully be an element of understanding from the interviewer as they are aware that you will not be in a formal setting, try to be in an environment that is as professional as possible and consider what might go wrong in order to minimise the distractions.

If you neighbour is mowing their lawn, maybe move into another room before the interview starts? If your child may suddenly decide to see you and you have no childcare provision, explain beforehand your situation so it’s less of an attention-grabbing disaster if it does happen. Hopefully by minimising the risks, you can concentrate on answering the questions to the best of your ability! 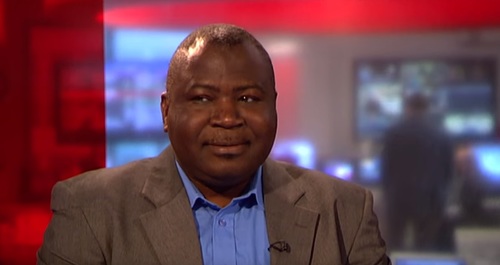 In May 2006, Guy Goma made a legendary trip to the BBC News studios for a job interview for an Accountant position in the IT department. Unfortunately, due to mishearing someone else’s name being called, Guy suddenly found himself on television being asked questions about a trademark dispute in the record industry.

Mr Goma tried to keep calm and answered the questions as well as he could, but what can we learn from this? Be prepared! Of course, it’s hard to prepare for an interview that you’re not supposed to be in, but the key is to come across confident and knowledgeable in a video interview. Much like face-to-face interviews, putting the time in beforehand to research around the role and the company will position you as an expert in your field, as well as allow you to know that you are as ready as you can be for the questions. And during a video interview, where there is potentially more attention paid to your face and reactions, the more relaxed you come across the better!

3.Make sure you have the right tools 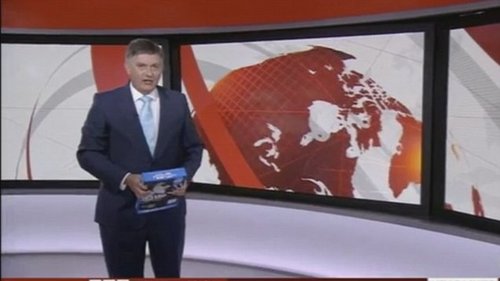 Simon McCoy confused the nation in 2013 when he read the headlines clutching a pack of printer paper instead of an iPad. Apparently, Mr McCoy picked it up by accident, but continued to present the news as if nothing had happened.

The lesson here is check, then double check, that you have all the tools and equipment in place before your video interview starts. Make sure you have a working camera and microphone, that they are switched on and you know how to operate the video platform that’s being used. It would help to try a test run with a friend beforehand so you’re not caught short and having to scramble for your interviewer to see or hear you.

4. Don’t worry if you can’t read the room 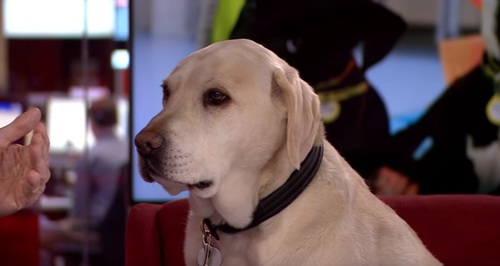 In 2015, BBC News invited in Bounce the dog for a segment on whether dogs can understand human facial expressions, which lead to bizarre screengrabs of a dog seemingly being interviewed on live television.

While dogs may be able to read emotions, it may be tricky for Candidates in video job interviews to understand the expressions of the interviewer when not in the room with them. Make sure you pay attention to how they phrase their questions as well as their expressions and poise on the screen to try to gauge how to approach answers. But don’t worry if you struggle with doing this on a video call – the focus should be on you and how you sell yourself as the perfect Candidate for the role. Keep on point, imagine you are in the room with them, and let them know that you are their ideal choice.

If you are looking for your next career move, you can search for jobs in Compliance, Credit Risk & Analytics, Customer Contact, Finance & Audit, Financial Crime & Fraud, Procurement and Risk Management here.